Terrible Transmissions Between Cats And Dogs: How To Safely Introduce A Second Pet Into Your Home Without Potential Harm To The

Having a cat or a dog is an awesome experience, but having one of each is even better. If you have one and are planning to add the other to your household, it's important to know what conditions they might inadvertently pass along to each other and what you should do about them.

Especially if you adopt a kitten or puppy (or both), you're very likely to bring worms into your home. Bringing a baby animal into the home of an adult animal could mean doubling your worm population, as many types of intestinal parasites (worms) jump between hosts, hitching a ride in poop or saliva. With many cases, you can actually see the worms after defecation, but that doesn't make getting rid of them any easier.

Preempt a worm catastrophe, by keeping the new animal sequestered, until your veterinarian can thoroughly de-worm it or reassure you that there are no worms present to begin with. Since animals can pick up worms from a number of sources, such as other domesticated or wild animals, this is an issue you need to constantly be on the lookout for, unless your pets are kept to themselves.

Another potentially major issue when introducing a new animal into the home of another is fleas. While you can inspect a kitten or puppy until you think they're free from these critters, one or two could slip by you. Thus, it's imperative to bring a vet into the scenario. Since there are preventative remedies for fleas, it's a good idea to have both pets treated at the same time. Most flea treatments cover ticks, too; however, your dog could continue to bring ticks into the home, since he likely spends a lot of time outdoors, making regular examinations by you an essential part of keeping all critters off your pets.

Ringworm (originally thought to be a worm-related condition, but actually a fungus) is highly transmissible between cats and dogs. It shows up as odd formations on the skin, usually circular on dogs, but any shape on cats. See your vet if you suspect ringworm, who'll offer you a topical ointment or shampoo, to get rid of it. If only your dog is suffering with red, itchy skin, it could be mange, which isn't contagious to cats, but requires veterinary intervention just the same.

Mites, too, might also be present on a young animal, either on their skin or in their ears. Mites travel quickly from one animal to another, so if you notice either or both pets scratching insatiably or odd patches of red, scaly or crusted skin, call your vet first, to inform them of the contagious situation you're bringing in, then have your pets seen and treated at your earliest possible convenience.

Common cold symptoms in dogs (kennel cough) can turn into upper-respiratory infections in cats. Both cats and dogs in kennels or breeding environments could carry flu-like bugs, so be on the lookout for sneezes, coughs, runny noses and indications of labored breathing. Anything of the sort should be brought to the attention of a pet doctor, right away.

Animals can harbor all kinds of unpleasantries, both benign and threatening. Keeping your vet in the loop, both before and after you adopt a second animal is crucial to maintaining the health of everyone in the home, including the humans. People can catch diseases and conditions from animals, too, so be extra careful about where you're adopting from and ensuring the animal's good health.

A cat and a dog in the same home is as quintessential as a white picket fence, provided they get along. Especially when raised together, they can truly become your best friends and best friends with each other, completing the family. Just make sure they are both free from the various conditions they could pass on to each other and that mutual respect is part of the scenario. Contact a vet clinic, like Kenmore Veterinary Hospital, for more help. 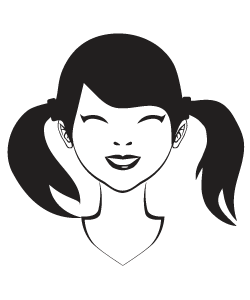 For years, I wanted to fill my home with happy animals. When I got married, my spouse wanted a pet just as much as I did, and it was great to start looking for pets together. We were able to find a rescue animal who worked well with our budget and our lifestyle, and it was neat to give that sweet animal a home. However, after we brought the pet into our home, we realized that he needed some medical care. We turned to a veterinarian for advice on his medical health, and we worked on getting him completely vaccinated. Check out this blog for more information on finding help early.